A downloadable game for Android

BangSquash is a block breaker-style game for Oculus Quest which could be attractive for people of all ages. We believe Bang Squash to be an ideal game to show off the basic operation of the Oculus platform to novice players, or to get in a mini workout session in a couple of minutes.

It is an arcade game, so each level could be repeatable many times and there aren’t two similar scenarios regarding the playing of levels, everything happens differently each time because of the realistic physics.

The game launch with a whole set of fun achievements and an online ranking system (leaderboard) to increase replayability.

You can play in numerous arenas (game levels) which have different difficulty levels and you must destroy colorful boxes which have different properties. Every arena has a unique color scheme and different obstacles/distribution of boxes. They have random royalty-free music, mainly Tech House.

The geometry of the arenas are set up in such a way that the balls will always find their way back to the users side, however if they aren’t able to hit them in time, they lose them. Some of the challenge presented by the game comes from this requirement for good timing and precision. The player starts the game with a set number of (blue) balls.

At any given time only a single blue ball can exist on the playing field, but breaking specific boxes might give the player the ability to play with multiple, differently colored additional balls simultaneously.

The game is won by destroying all the boxes on the field, or lost if the player runs out of balls. The game will have a ranking system based on remaining lives and total time spent at the moment level completion.

· Rackets (left and right hand): The rackets have a hit and a catch mode the user can switch between with a button on the corresponding controllers.

· Blue ball: The ball the user starts out playing with.

· Green box: The most common box with no special properties.

· Purple box: Has to be hit multiple times to explode, remaining “lives” are displayed on the box.

· Pink box: Speeds up the balls that have collided with it.

· Energy wall: Blocks the movement of balls while they are active.

· Yellow ball: Created by exploding yellow boxes. Can be used like the normal balls.

- move your hands to use the rackets. IN VERSION 1.5 we improved the collision detection between balls and rackets so now you won't lose any ball because of a wrong hit.

In order to download this game you must purchase it at or above the minimum price of $2.99 USD. You will get access to the following files: 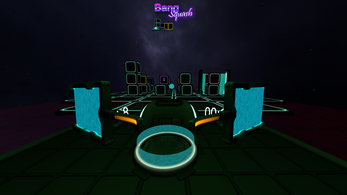 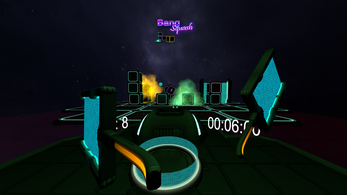 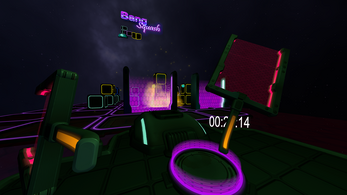 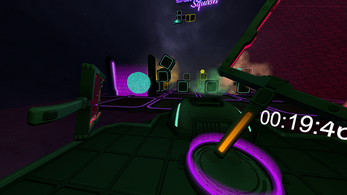 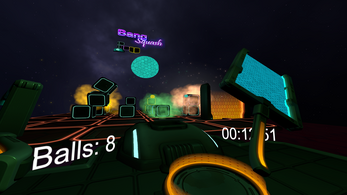